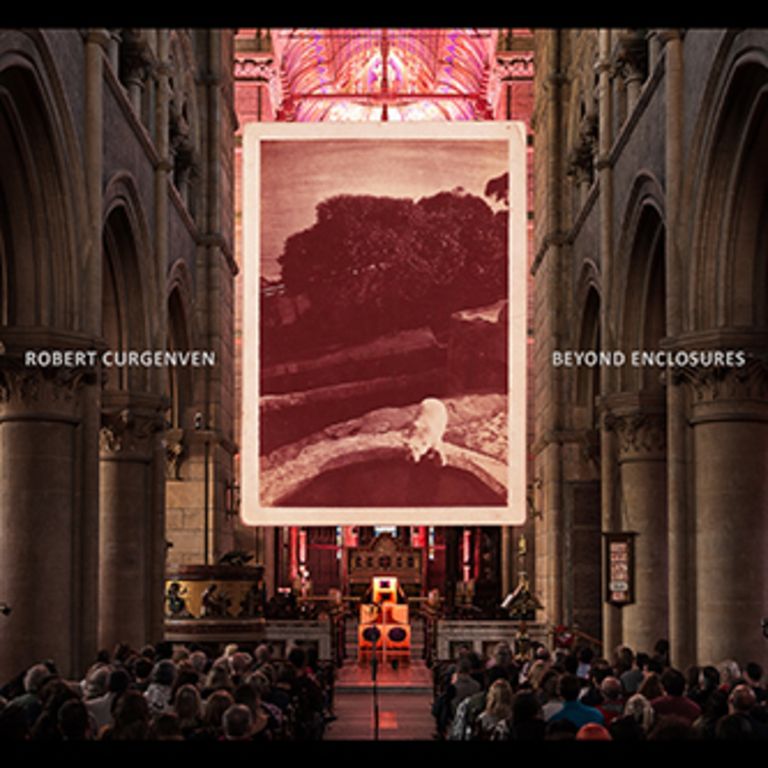 The 3 albums that comprise this set all, at their heart, concern air and the attendant inter-permeability and fluidity of volumes. Be they discretionary or open volumes, architectural or spatiotemporal, each volume is subject to the specificities of: their resonance; the concomitant movements of volumes of air; their locational context and adjacent spaces. The 3 albums present different harmonic, gestural and durational possibilities to encourage us to step out of the perceptual frameworks that enclose us. Each album offers a unique instrumental foundation:  experimental turntable techniques interwoven with piano & pipe organ harmonics (Bardo); resonant architectural interventions articulated by custom-made oscillators in post-Communist architectures and their locational context (SPECTRES); extended pipe organ techniques with an accompanying soundsystem that plumbs architectural harmonics and corporeal resonances (Bronze Lands). These works entreat us to think and hear beyond the structures enclosing each instrumental- and performance- approach – the turntable body, the architectural, the pipe organ, the speaker enclosure itself, even the confines of an audience as a gathering – and to also consider these longform works as an inter-related suite of aural and conceptual worlds.

BARDO: deploys turntables accompanied by discrete intrusions of pipe organ and piano harmonics to create a spatial and temporal suspension permeated by an aetheric tactility, as sounds disorientingly enter and leave, merging and confusing the boundaries of interiority and exteriority. The piece establishes a non-place, an in-between zone which draws on the tension, both physical and perceptual, between two contradictory positions – while cumulatively fostering a state where the listener simultaneously holds both positions equally – where you not only expects things to change but also to remain as they are.

Fundamentally, listening is to hear not only sound but also disturbances in the air in a given location: This engenders an embodied and physical experience, where quiet undisturbed air is as audible as a fierce wind. This kind of listening is also about being attendant to the specificities of the air – changes in pressure, temperature and humidity - their effect on the air and sound alongside their importance for a location’s context over a given duration.

SPECTRES: composed entirely of in-situ recordings with tone generators in 9 post-Communist architectures, it presents an interrogation of contemporary society across the threshold of the architecture from a former, but recent, epoch. A statement at that epoch’s inception, “alles Ständische und Stehende verdampft”, is often poetically translated as “all that is solid melts into air”, but literally is “all that is Standing and has Stood [will] vapourise”. These ‘Standing entities’ incorporate institutions (‘Bodies’) and corporations - in physical terms: the architectures and the utopian sociocultural visions these architectures framed.

SPECTRES uses the air itself to interrogate a series of post-Communist architectural locations across Poland via a simple intervention/modulation: drawing the surrounding air and current manifestation of contemporary political and geographical economies into the buildings, their volumes: the very monuments of those that Stood and are Standing, the dwellings and inhabitations of the corporatised Bodies. SPECTRES’ 10day recording in 2019 traversed cultural centres, social housing projects through to northern and southern centres of the Polish Solidarity movement at its 30year anniversary, their architectures present a threshold, framing each location and context. [Commissioned by MUTO & UH Festival (Hungary) with SHAPE platform (EU)]

Bronze Lands is a solo performance for live pipe organ and soundsystem. The soundsystem accompaniment comprises recordings from unmodernised pipe organs across County Cork and rural Cornwall that effectively allowed precise control of the movement of air through each organ's pipes.

The piece draws on Ireland’s relations with Cornwall and Mediterranean Europe. 5000 years ago, coming into the Bronze Age, Ireland’s copper and Cornwall’s tin traversed the continent to make bronze. Bronze Lands derives the shape and movement of the score from the shape and movements of that route: traversing mostly marine, coastal and river systems, covering 4000kms over the piece’s 50minutes. Bronze Lands uses this navigation of the landscape itself as the score as those people and materials travel land, sea, sky and Europe in a climate of change.

REVIEWS:
"The scale and scope of Ireland-based artist Robert Curgenven’s latest work is almost too massive to comprehend. Altogether, Beyond Enclosures fulfills the promise of its title, as Curgenven pushes his music outside physical limits into the transcendental." - Marc Masters, Bandcamp Daily, Best Experimental Music on Bandcamp for October 2021

"decisively orientating the receptive apparatus towards a mesmerized condition... while keeping our alert level sufficiently high...  However, the significance of the whole lies in the insidious resonances initiated by overtones of different types and intensity. This writer was left in a state of marvelous vacillation: eager to continue the learning process, delighted to have been glimpsed by the inexplicable wonder caused by unintended patterns of engagement." - Massimo Ricci, Touching Extremes (IT)

"Writing about Curgenven's music is a backbreaking endeavour. How, after all, can one render the anxiety associated with the distinct sensation of sound waves approaching the ear? Or the cognitive dissonance of the “Bardo” listener, arising from a perspective disrupted by the composer, resulting in the unusual leveling of certain sounds?" - Filip Lech, Ruch Muzyczny (PL)

"encapsulates so much [of what] I already love about Robert’s work.. the palability of air flow - how harmonics illuminate how air is pulsing, bristling" - Jack Chuter, ATTN Magazine's Crucial Listening podcast (UK)

"an ambitious three-disc set for pipe organ, piano and turntables, exploring the natures of music and air.  The third disc holds a live concert from the Sydney Festival.. it has an experimental approach and takes the form of modern composition, yet has the tone of drone...  The outside sounds lend the project a solemn authenticity." - A Closer Listen (USA)

"Curgenven serves up three releases all connected to 'air'... In each case the context very much brings an added dimension to the act of listening" - Jeremy Allen, Electronic Sound magazine (UK)

Best of 2021 - "captivating new solo album...Curgenven - highly regarded for his majestic, coruscating pipe organ through to feedback, immersive resonances via turntables and custom-made vinyl, as well as carefully detailed field recordings, experimental turntable techniques inter-woven with piano and extended pipe organ techniques with an enveloping, often ecstatic and mystic effect recalling resonances and sound intended as a physical field of perception." - SoundOhm (IT)

"this is a sound record of an incredible realm that easily transcends the boundaries of installation or sound art. An important publication product for 2021." Art-Into-Life (JPN)