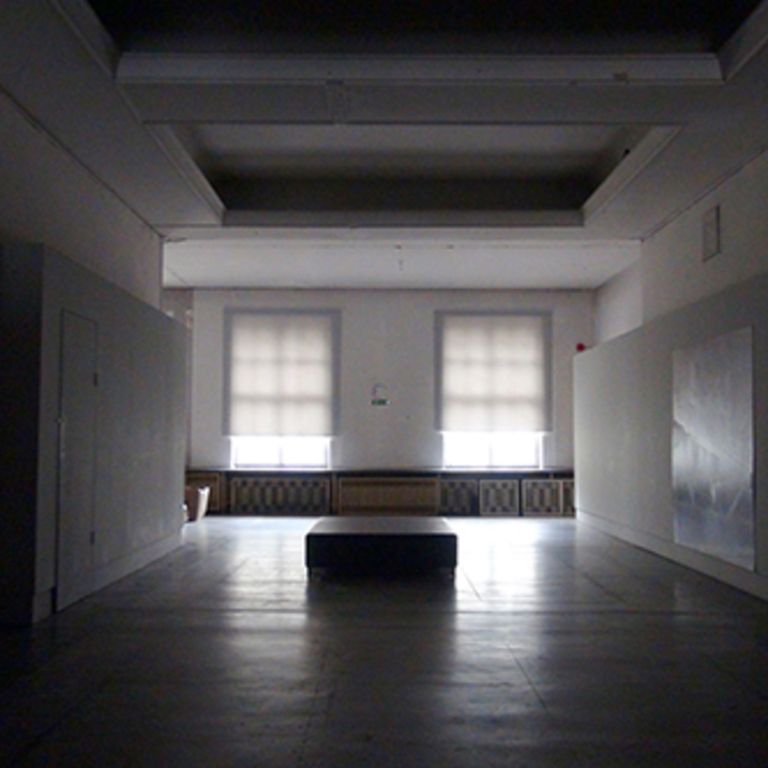 Available to tour as:
- performance with live lighting;
- an installed 6channel audio piece or
- one day gallery presentation/installation (combined with performance lecture).
Contact for inquiries

What if we were to interrogate contemporary society across the threshold of architecture from a former, but recent, epoch? A statement at that epoch’s inception, “alles Ständische und Stehende verdampft”, is often poetically translated as “all that is solid melts into air”, but literally is “all that is Standing and has Stood [will] vapourise/evaporate”. These ‘Standing entities’ incorporate institutions (‘Bodies’) and corporations - in physical terms their architectures and the utopian sociocultural visions that these architectures framed.

SPECTRES uses the air itself to interrogate 8 post-Communist architectural locations across Poland via a simple intervention/modulation: drawing the surrounding air and current manifestation of contemporary political and geographical economies into these buildings, these volumes – the very monuments of those that Stood and are Standing, the dwellings and inhabitations of the corporatised Bodies. Recorded over 10days in 2019, traversing cultural centres to social housing projects through to northern and southern centres of Solidarnosc (Polish Solidarity movement) at its 30year anniversary, these architectures present a threshold, framing each location and its context.

The rapid growth leading to our present moment is audibly juxtaposed across this recent architectural and institutional past, positioning our listening, physical bodies upon a threshold as a political act and hinged upon our lived experience - where interiorities and exteriorities are challenged, reframed via a pressure upon ourselves and surrounding volumes, filtered by our perception and an architectural gestalt to hear and reframe our contemporary surroundings in multiple. Architecture is presented as a framing device, filtering the air, sound and influences of the outside world, its political and geographical economies – revealing hidden patterns in our environment and its epochral context.

Recordings in each location made with 2 oscillators, Bose portable speaker, 2 Rode condenser microphones, recorded direct to harddisk - each made through an open window which frames the location and its context, the oscillators set the air in motion between inside & outside the location whilst creating an audible phasing anomaly in the room & distinctly within the recording. The combination of these anomalies across the recordings and locations is a key aspect of the installation and the experience of visitors to the gallery.

The recordings forming the installation were undertaken in a range of architectural environments in urban, metropolitan and rural areas across a range of 'Eastern European' regions – these were done adjunct to touring and performing a series of concerts with two collaborative works from 19-29 September 2019. All that was required was an open window and the provision of the architecture itself as a platform. No special changes, requests or modifications of the behaviours of occupants or nearby inhabitants were made.

The piece is working on a similar technique to a previous project recording in 15 of James Turrell's Skyspaces - the Climata project had an emphasis on using the architecture of the Skyspace itself to frame but the contextless sky but instead the acoustic aspect of the location and context of the Skyspace itself. Climata was realized as an installation version, double album & a sound atlas.

This project aims to extend those techniques and, unilke the Skyspace recording project - in the opposite aspect to the relative hegemony of Skyspace architectonics - for this new piece the broader diversity to the architectural and locational contexts resulted in a greater the range of textures that combine to form the piece. The recordings were be used to make a multichannel audio piece which will be shown at MUTO gallery in Budapest during UH Fest and be installed to work with the gallery acoustics.

This project presents a snapshot of those locations at a given moment -  taken over the finite duration of a 10day traversal of these specific territories. Combined with the politically relevant sentence “Ein Gespenst geht um in Europa“ – where Gespenst is specifically translated as “Spectre” (not ‘ghost’, ‘spirit’ in any of its senses, nor ‘phantom’) the question of what this Spectre might be and in what forms it moves across Europe, are framed by using the architectures that came from the manifest supposition of these forms.