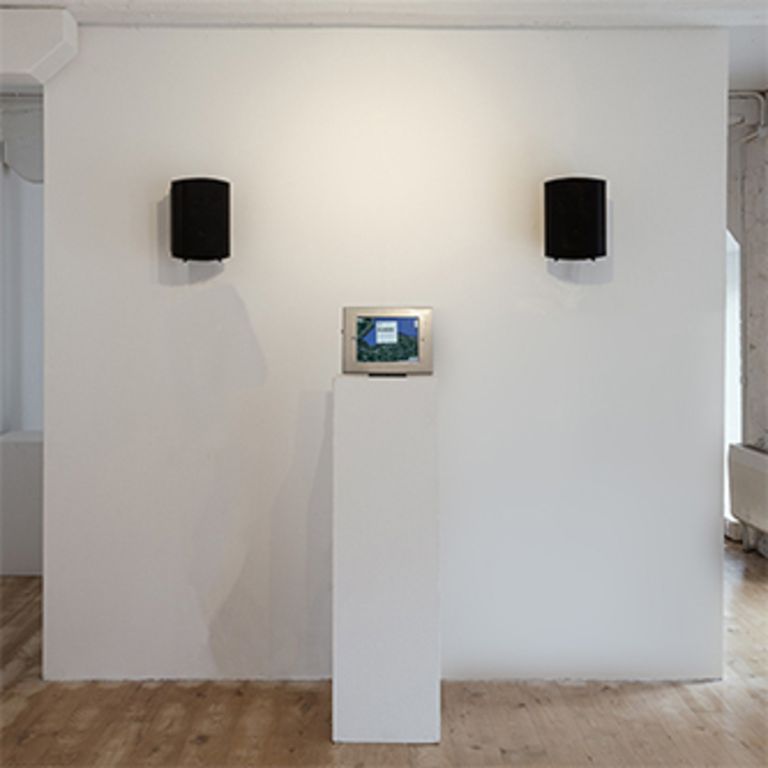 A contextually driven approach informed by a complete shift in the perceptual engagement with the Skyspaces of James Turrell underpinned the realization of this recording project, Climata. The sound atlas is one of four outcomes from this process that also saw a double album, an installation version in the National Gallery of Australia’s Skyspace and quadraphonic concerts across Europe including Maerzmusik Festival Berlin & Palazzo Grassi (Venice). The project was recorded entirely in 15 Skyspaces across 9 countries in consultation with James Turrell and with the permission of individual Skyspace owners. This sound atlas offers a view inside that process and simultaneously the context outside and around the Skyspaces.

A Skyspace is an architectural light installation by American light artist James Turrell comprising a specifically proportioned chamber with a round, ovular or square aperture in the ceiling open to the sky and outside world.

During a year of recording for Climata, each Skyspace was briefly transformed from an architectural light installation into a sound installation where you can hear the air move. Listeners can ‘hear’ the Skyspace and the surrounding terrain which shapes the airflow made audible in that recording. The recordings in each Skyspace capture each different chambers’ air in motion. The inside of each Skyspace becomes like a single pipe of a pipe organ, a moving column of air. Rather than ranks standing inside a church these oscillating volumes of air are distributed throughout the world.

Each recording captures a microtonal intervention that used only two custom oscillators and a portable speaker to sculpt air inside each Skyspace. This drives an architectural interaction between the Skyspace’s interior and exterior as the air moves through the aperture in the ceiling. This interplay between inside and outside highlights changes In the weather as the movement of air from the tones draws sound in from outside the Skyspaces while giving rise to an audible context to each location: through its specific local sounds, heard beyond the limits of what is seen through the Skyspaces’ ceiling. This constantly changing movement through the ceiling aperture, created via the beating tones from the oscillators, makes the air in these spaces audible as a fluttering sound – we can hear ‘air’.  The sound atlas presents the movement of each volume of air as a space in a specific location.

While the double album version of this project layers these recordings, the interactive sound atlas lays the process bare, allowing users to play and combine individual recordings made at each Skyspace to create their own contextually-driven compositions from some of the same "notes" used to make the album. In addition, the sound atlas allows you to see the local features you hear around the sites. The satellite map marks the location of each Skyspace visited and swaps the much- photographed view through their portal up to the sky for a fresh perspective zooming down through the air direct to the Skyspace. From there you can browse photos and a sound recording from the site that you can activate, shut off and layer one over another to create your own short compositions.

Climata refers to the ancient divisions used to map the inhabitable world, from latitude to the length of days. This mapping of the inhabited world is reflected in the selection of the specific 15 locations recorded from the 87 Skyspaces worldwide.