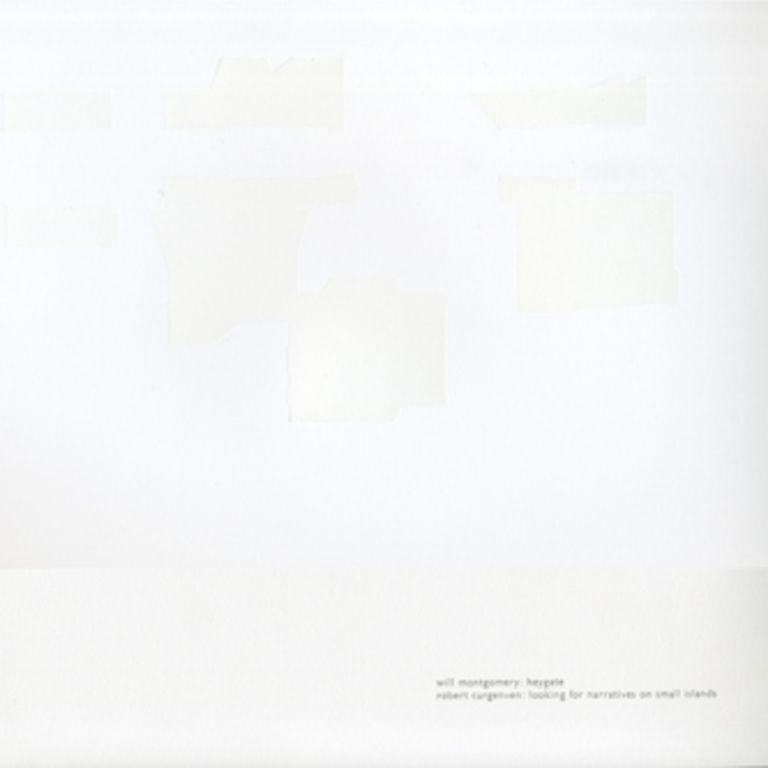 I: Will Montgomery-  Heygate
II: Robert Curgenven -  Looking for Narratives on Small Islands

I: Heygate is made from sounds sourced in and around the Heygate estate in the Elephant and Castle area of south London. The estate, finished in 1974, is a high-profile relic of Southwark Council’s vigorous housing construction programme in the late 1960s and early 1970s. Now almost empty and facing demolition, it is to be replaced by a private development. The composition, which uses processed field recordings and material gathered with contact mics, a VLF receiver and telephone pick-up coil, seeks to present an encryption of the acoustic environment of the estate. In this way, it aims to recover the ethic of renewal buried deep in the contours of this very late example of local-authority modernism. - Will Montgomery

From a walk-in through desert grasses, gently undulating tones hover above a swelling bed of crackling vinyl – a coming to life, a coming to consciousness within a submerged psychology of landscape. Past and present become blurred, displaced and replaced. This meandering actor – the auditor – moves in and through a passage of imagination mirroring an impossible topology where peaks and plains are superimposed yet somehow mutually defined.
An artist almost pathologically sensitive to space, Curgenven has created a work somewhere between a meditative stasis and constant movement. Palpable references within the sound shift and mix against one another, giving rise to conflicting emotions, conspiring to form an unnamable feeling between a tangible, shimmering real and an eternal déjà vu.
Distilled from contrasting travels and dwellings in remote Australia, Japan and Europe between 2004-2009 and concluding a trilogy of works around the “Transparence” dubplate, the narrative of this white disc is inscribed with a kind of ‘open text’, overlaying seemingly disparate elements, each made free of a studio, as with a field recording, each creating a bridge, a ‘ritornelle’, between contained spaces and lines of flight which could connect them. - Julian Day, ABC Classic FM (from interviews with Robert Curgenven)

crow with no mouth review by Jesse Goin

the wire review by William Hutson

just outside - review by Brian Olewnick