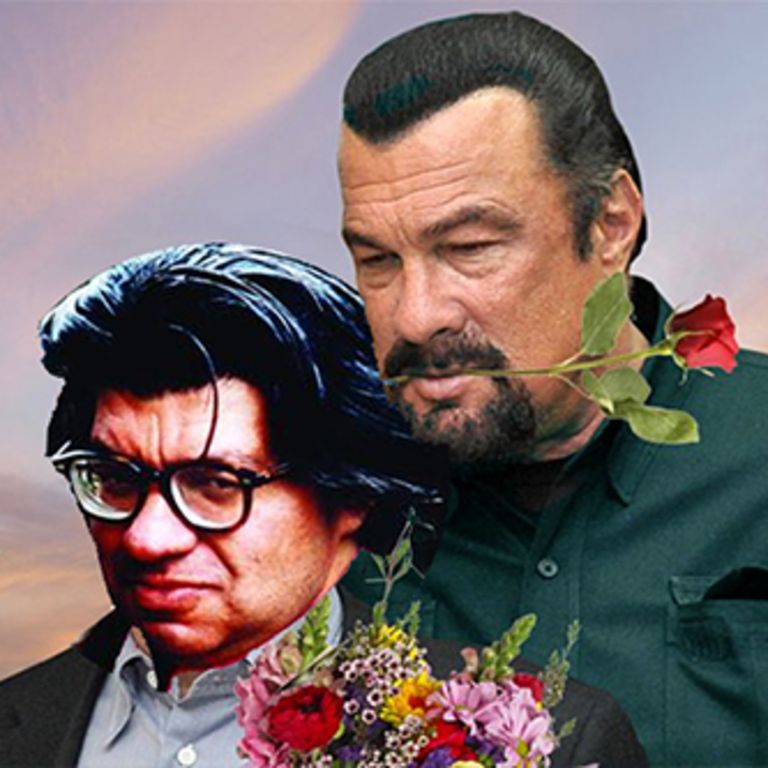 In a post-Youtube reappropriation of video as audio which lies somewhere between Bad Lip Reading and a Harmonizator radio play deliberately frustrating any sense of dramatic tension or release, the following mix transforms Steven Seagal’s second worst movie, “Submerged”, where his whispered semantics and obfuscation of narrative nuance is repeatedly interjected and undercut by the subtle and unedited timings of Morton Feldman’s “Triadic Memories”, accompanied by Thomas Koener’s bleak yet hopeful sonic horizon “Daikan”. Part Beckett, part subversion of The Music of Sound, part transformation of Hearts of Darkness and one man’s own Apocalypse Now, this lost tape gem transforms the parts into a new whole and a new film genre, the Inaction movie.

As with Seagal’s worst film. “Attack Force”, this film was completely rescripted and re-edited after shooting and large portions (most) of his dialogue were dubbed by another actor in Seagal’s distinctive style. This radio-play edition preserves the purity of that intent whilst taking the plot in new and hitherto unknown directions where it would otherwise be forced to remain coherent when heard alongside the movie’s visual aspects.

In a similar fashion to watching “Wizard of Oz” simultaneously with Pink Floyd’s “Dark Side of the Moon”, the different elements in this mix are largely unedited to preserve the dramaturgical parallels which propel the multiple narratives and also the equal purity of Tarkovsky’s theory of “time pressure” to coexist and inform e a freshly nuanced dimension of ‘sound pressure.’ An important difference with “Dark Side…” is that Feldman, like mayonnaise, goes with everything.

“Til I finally died, which started the whole world living,
Oh, if I'd only seen that the joke was on me.” – Steven Seagal

Synopsis
Travel up the river to one man's madness through hearts of darkness as a series of people impersonating Steven Seagal must do battle with a crack team of Goats with Laser-Eyes, their Leader President George Clinton and a rubber Alligator named "Dr Cody Sandro-Campbell" while Morton Feldman stages an intervention to save the plot. Together they must escape the prisons of their submerged memories ("The Sub") while subverting the Goats' mind control machines in a struggle against time and themselves as they fight to stop the dam-wall that holds back their collective sanity from being blown up by an unseen enemy. Soundtrack by Thomas Koener, fight scenes co-ordinated by a drunk 3 year old in a radio play with a plot twist (featuring a night at the opera) that has to be seen to be believed.