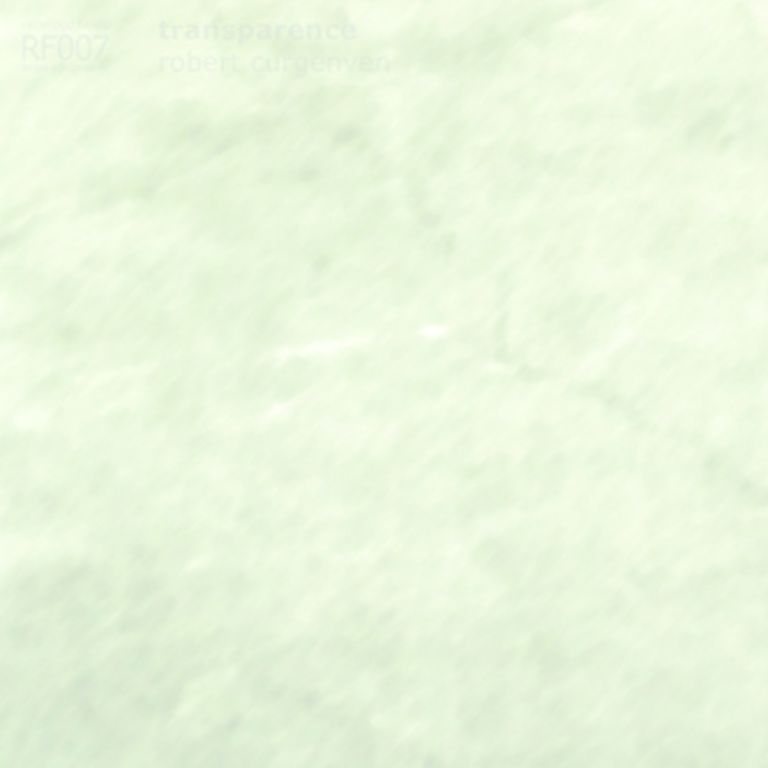 The "Transparence" dubplate developed as part of the O’A.I.R. Artist in Residence program at O’Artoteca, Milan, Italy, is a limited edition of 10” vinyl consisting of two pieces composed from feedback recorded in O' exploring the resonances of the gallery.The edition is limited to three copies which are available in two different transparent sleeve designs, printed and assembled by hand by Angelo Colombo at LAB (laboratorioartibovisa) Milan.
Cut at Dubplates and Mastering in Berlin by Rashad Becker at extremely low volume and having no audible bass response of its own, the dubplate works within the physical limitations of the vinyl medium, employing the object as sound source and sound medium to become an instrument in its own right.  The ephemeral audio signal becomes present only when played at high volume, allowing the dubplate to produce room-filling bass feedback via the resonance of the turntable and additional overtones - “Transparence” is  designed to produce a unique physical response from the room, air and amplification with each playing and simultaneously to gradually cause its sound to disappear every time it is played, as the needle gently abraids the soft vinyl surface, replacing the high overtones slowly with new artefacts and crackle that cause the sound to continuously change and evolve.

This extract shows the performance debut of “Transparence” at the Mikro_Makro Festival in Slupsk, Poland on 6 December, 2008 during the "air+electricity" audiovisual performance with Katrin Bethge (overhead projection).