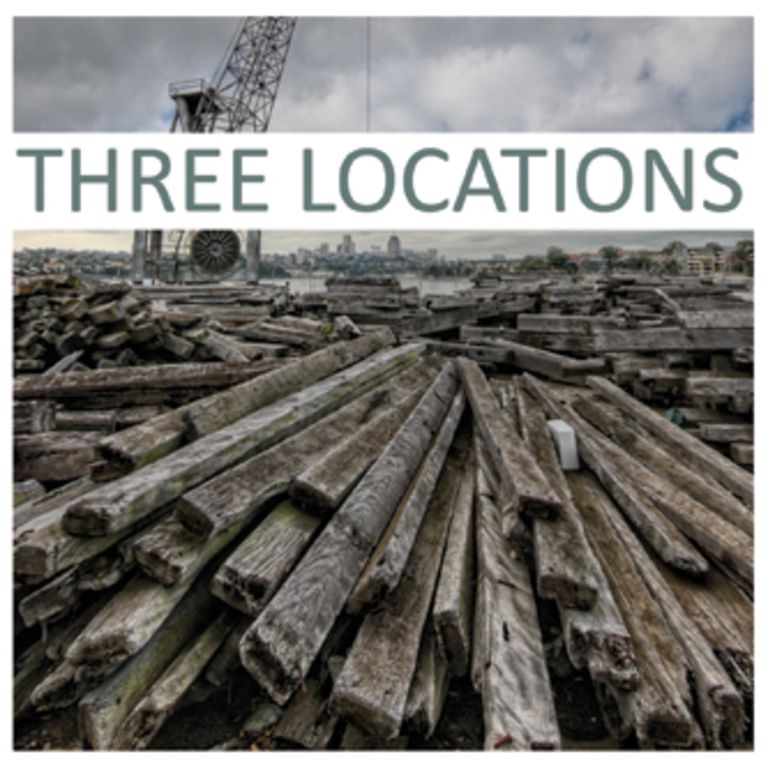 A compilation of five rich and beautiful works, produced through a unique collaborative process, realized from fieldrecordings, yet sounding unlike a “fieldrecording compilation”, each track sounding very different to the others.

“Three Locations”  is a project where each artist gave three field recordings, creating a pool of source material  spanning the docks of Norway to mountains in southern Japan, from the French Atlantic Coast to an underground river tunnel hidden beneath Australia‘s urban depths. From this pool of frozen moments each artist was given three fieldrecordings in return with which to produce a piece in their own style, uncovering deeper connections and dramaturgies buried within these recorded locations.

Els Viaene’s comments on working on the project:
"Working with the sound recordings of other people was a completely new experience for me. I thought it would be the same process as working with my own fieldrecordings, but in fact it made me realize that the sounds had become just sounds with all their specific parameters - such as texture, dynamics, rhythm, ... I was missing the memory of the recording that i normally weave through my pieces.  I knew already, before, that the memory of a specific place and recording was important for my compositions, but I didn't know it would change my way of listening to a sound so much. I usually say that the rich textures and rhythms of the fieldrecordings are the scores for my creations. I'd like to change this now in saying that the scores of my compositions consist of memories of a place and recording, the extra colouring is made by the texture of the sounds and the natural acoustics of a place.
So, for this composition i started to filter and process all the interesting sounds i could get out of the recordings I received. The result is an abstract landscape which is shaped by an imagination that grew out of the texture of the sounds rather than from site-specific memories."