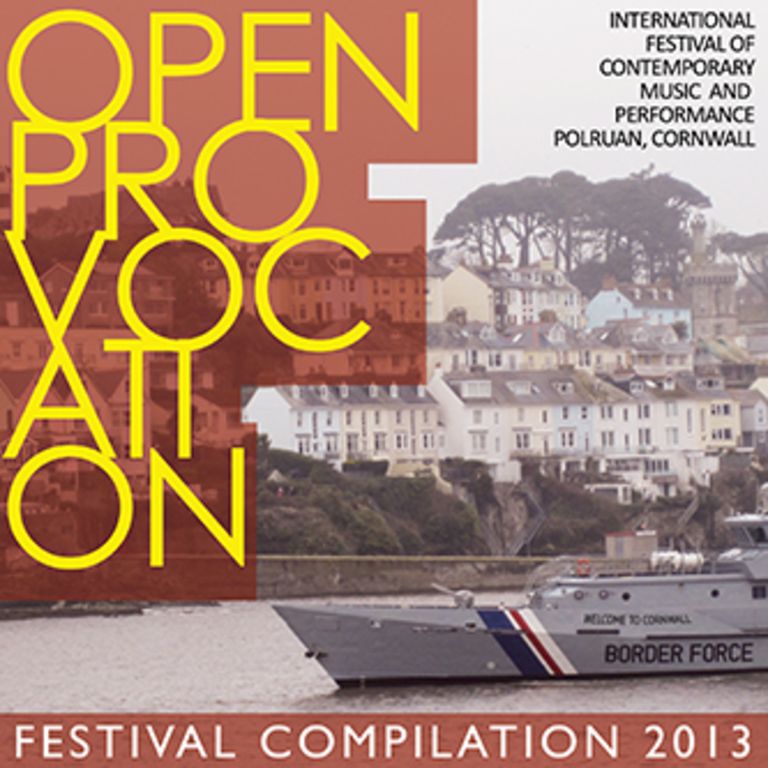 2CD Compilation featuring over 100 minutes of exclusive and rare tracks by festival artists for the
Open Provocation – Festival of Contemporary Music & Performance, Polruan Cornwall, 17-20 April.
The festival is an entirely an artist run initiative and as such is staged entirely without conventional arts funding Your support, through sales of the 2CD festival compilation will provide a large percentage of the costs of the festival (artists’ transport, accommodation and food). By buying the Festival Compilation you are directly supporting the artists and organisation of the festival and in return you get an amazing selection of tracks by these artists that were either made exclusively for the festival (*) or rare/hard-to-find (+) material.

So what is that are you supporting? A four-day festival with 16 performances by artists from across the UK, Germany, Italy and Australia, all in a small riverside village in rural Cornwall. This village, surrounded by water on three sides (Fowey River, Pont Slipway and English Channel) is already over 50% second homes and holiday lets. While tourism is a major source of income, particularly for the holiday lets, two pubs, café and a village shop, little of this tourism offers broad cultural benefit to the community. While not pretending to be an event to satisfy the mainstream cultural desires of the village, the Open Provocation Festival is catering to a wider audience from surrounding villages and aiming to facilitate new and thought provoking presentations in the region. Previous shows have been a success and have demonstrated there is an audience for arts and culture generally in the region. As well as providing a forum for the presentation of contemporary music and performance the festival aims to function as an artist camp and retreat in the coastal wilds of Cornwall where artists share performances, eat together and also share accommodation in some of the many houses available for let with the important difference that they are bringing something vital into the community. Very little arts and culture is on offer in East Cornwall and in a small way this Festival aims to address that issue whilst remaining open to all and thought provoking to many…