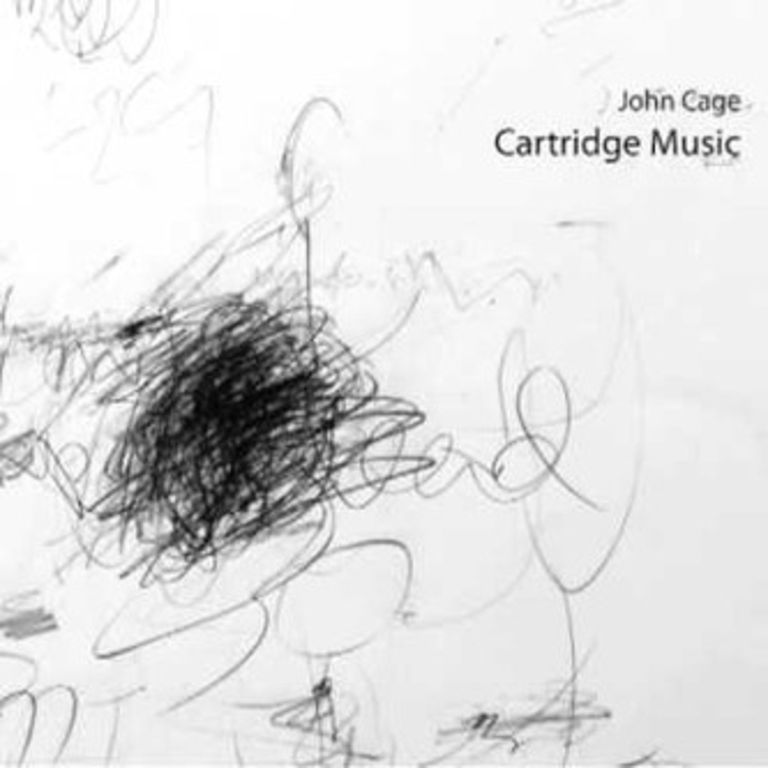 Cartridge Music was composed in 1960 and is one of Cage’s earliest attempts to produce live electronic music.

Sounds are produced using cartridges from record players. Performers insert different objects into the opening of a cartridge, and manipulate them in a variety of ways (scraping, touching, striking etc) so that the sound of the object is picked up by the cartridge and then fed to an amplifier and speaker. The choice of objects and means of manipulation are left entirely to the musicians, the score providing only the means to determine a time structure for each performer.  The score consists of a number of transparent sheets on which patterns are drawn.  Each musician superimposes the transparencies and works out their particular time structure by observing the ways in which the drawn lines and patterns on the sheets intersect.

The realisation on this CD was recorded at a live performance at the Audiograft Festival in Oxford in February 2012.