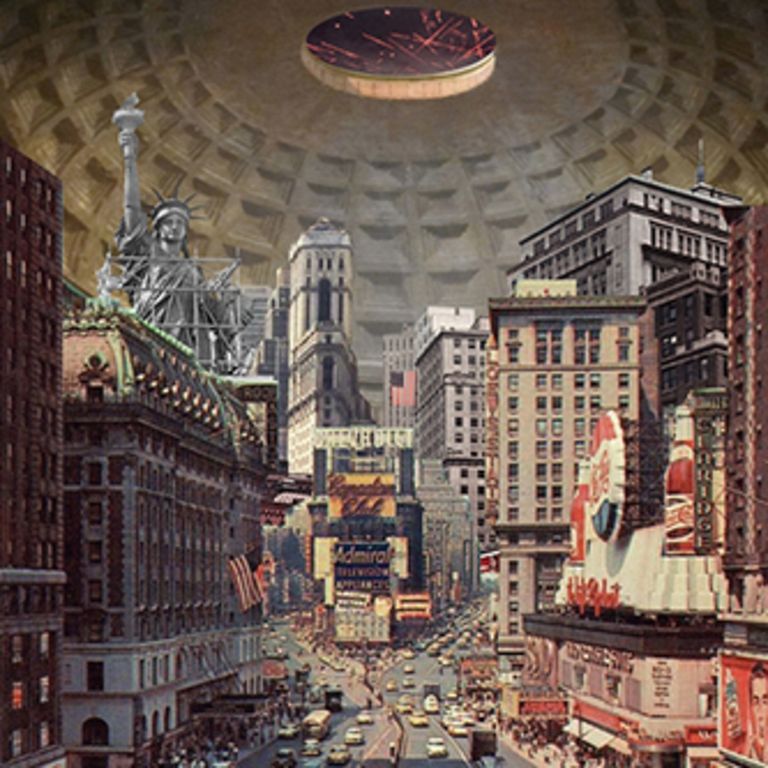 "Unwell-Tuned Architecture of Dystopia" is a visual and audible essay, for which the starting point of four proposals and ideas of architectural - Athanasius Kircher, Ernest Jones, King Gillette and Oscar Newman.
The installation consists of four "stations": architectural collages by Marta Kowalczyk and created especially for this project, and 4 compositions with sound by Robert Curgenven referring to non-existent, although visualized, space, buildings, cities.

The project also consists of a soundtrack emitted by subwoofers, which on the one hand interfere with the compositions by Curgenven reproduced in the headphones and the acoustics exhibition space - Teatr Studio was transformed for the occasion into a kind of musical instrument.