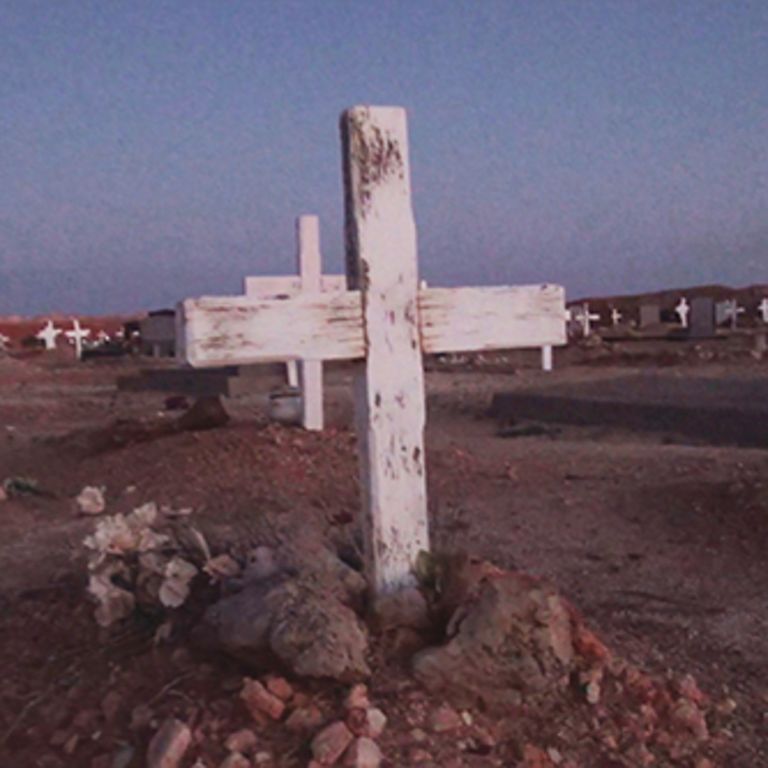 The 3 channel HD video installation of "They tore the earth and, like a scar, it swallowed them" expands the LP of the same name released on Recorded Fields Editions in 2014. The surround HD video installation places the viewer at the heart of negotiating and traversing a colonial landscape, its vast and treacherous beauty, with only an insinuation of characters and tragic consequences for all involved.

A very physical negotiation of territories voided by history. Forged from the historical dynamics of the settler colonial trope, playing out across four scenes, through the eyes not of the invaded but of the invaders to a harsh and unforgiving land. Rendered via field recordings gathered over 12 years in over 30 remote locations across Australia, mixed and expanded within immense, shimmering harmonics wrought via pipe organ, dubplates, guitar, bass and turntable feedback, piano, and low frequency oscillators.

Amidst the heat and the dust, in a landscape populated only by the insinuation of characters, the field recordings bear testament to a dramaturgical tension within an ontological and phenomenal space - a starkness dwelling within an unfillable horizon. As the embodiment of a rogue outpost of empire, the settler colonialists’ blind enactment of will and violence against and into the arid interior of their new land serves as the manifestation of a mortal struggle. This story is not about a battle well-fought in a hard and unforgiving land, nor the romanticisation of ghost towns and their spectral remains. Whether the settlers’ myopic conquest be a dogged attempt that ends within the span of one short life or a hard-won, yet momentary, triumph to last a few generations, the result is much the same. It is as if the conviction in their misapprehension of the “wilful, lavish land” is turned once again upon them, as the ravaging frontier consumes and erases the ruins of these battles, leaving little to tell bar a scar where the drama played out in the wretched shadow of true desolation.

The sequence of the overarching chronology the scenes are: the survey of a land assumed to be empty; the movement into and inhabitation of this confrontingly large, alien landscape and the colonists' vague awareness of the underlying social landscape; a conflagration and the resulting change in the relationships with the land for all within this social landscape; devastation  - of culture, citizenry, land - the inevitable decline.