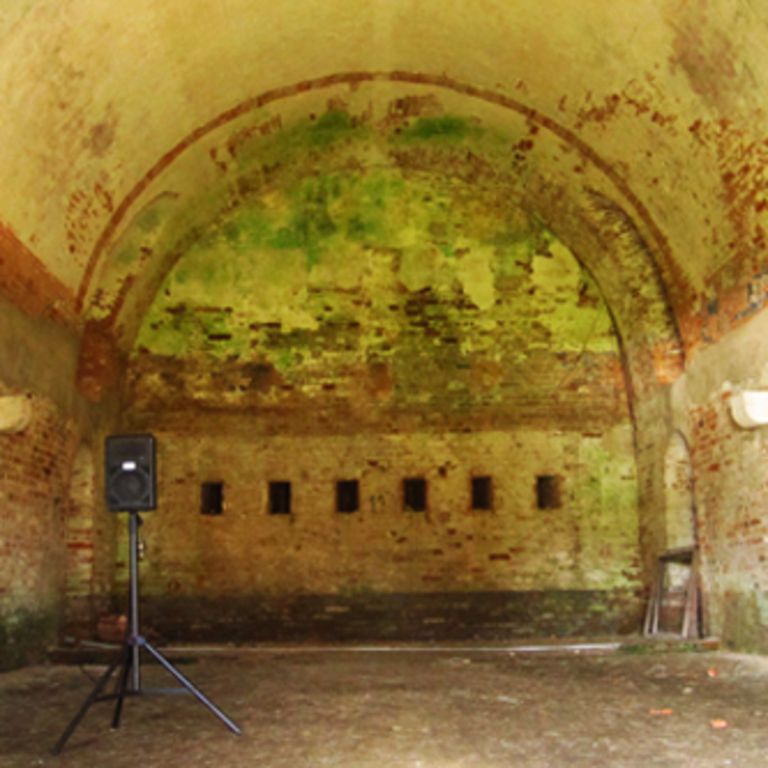 Staged and developed in a derelict battalion on the Venezia Laguna by the Liberty Bridge, only distantly passing trains gently punctuated the silence. Inside seven of the battalion’s eleven open arches, a selection of uniquely tuned twin tones, a fraction of a Hertz apart and on the edge of audibility, tuned to each archway were played into that archway. These soft, pure sounds brought the air to a subtle flutter. The tones and importantly also the audible fluttering/phasing effect, which varied locally through the archway, was recorded and played back in that archway. The attendees, limited to 10 at a time, were able to experience a blurring in the distinction between inside and outside, unable to tell what was occurring within the space and what originated in the “world” outside or the adjacent archway, creating a quiet meditation and interrogation of the architecture and its historical positioning in the Laguna.

Developed as part of a residency with Kathleen McDowall at C32 thanks to Eventi Arte Venezia.