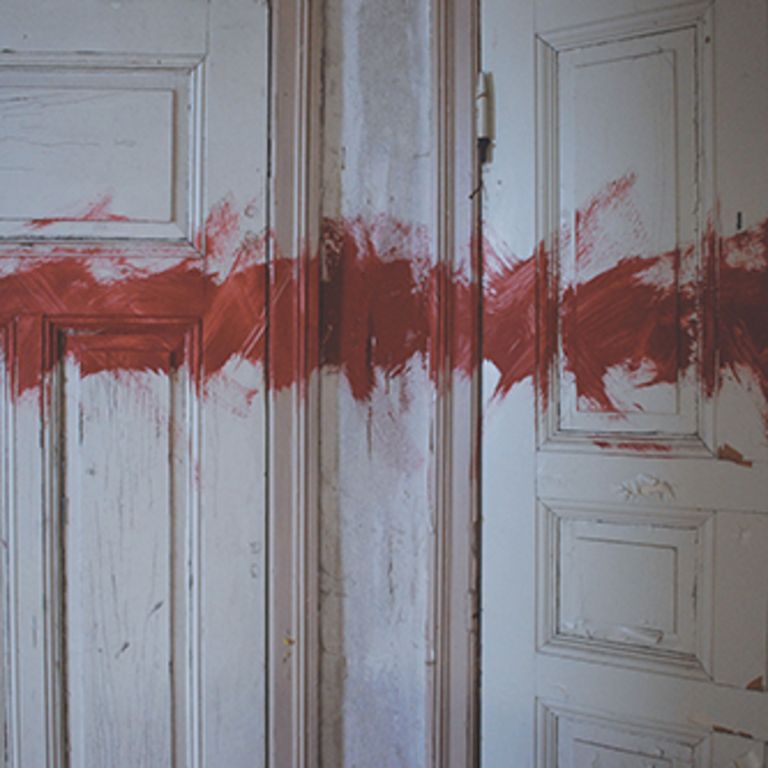 Robert Curgenven
They tore the earth and, like a scar, it swallowed them
12” LP  | red transparent vinyl
Recorded Fields Editions  |  RFE_02
Released: 17 November 2014

"Imagine you have found a new country. To you and your fellow countrymen & women this new country appears empty. Perhaps there are some people living there, but you decide their culture is perhaps "unsophisticated". These people have had a long relationship with this seemingly empty country – for thousands of years – they understand and care for the country and in turn the land cares for them. So, you decide to invade/colonise this country. You need to clear this empty land to make it your own, ready for you to inhabit, maybe even make it more like where you‘re from. The place you left behind. This not only changes the land but also vastly changes the nature of the long relationship of those you’ve displaced. But this story isn't really about "them". It's about you. As you colonise this new country, moving further into the interior, you soon discover that you are very ill-prepared for what turns out to be a harsh and hostile land. This story doesn‘t end well for anyone."

Amidst the heat and the dust, in a landscape populated only by the insinuation of characters, settler colonialists’ blind enactment of will and violence against and into an unforgiving, arid interior is manifestation of a mortal struggle. The album traverses the historical dynamics of the settler colonial trope through the eyes not of the invaded but of the invaders to a harsh, remote land.
‘They tore the earth and, like a scar, it swallowed them’ is a very physical negotiation of territories voided by history, rendered via field recordings gathered over 10 years in over 30 remote locations across Australia alongside new work with pipe organ, guitar feedback, dubplates, turntables and low frequency oscillators.

Suggested Reading:
1. Human Rights report on Northern Territory ‘Intervention’ including the compulsory reacquisition of all Indigenous sovereign land by the Australian Federal government in 2006 and suspension of the Racial Discrimination Act
2. July 2014: current Prime Minister of Australia (and Minister for Indigenous Affairs) comments that Australia benefited from foreign investment because it was unsettled before the British - "terra nullius" was disproved by the Mabo ruling in 1992 where the High Court of Australia recognised Native Title
3. The instructions to the future Governor of Australia upon his departure to found the new colony including notable corrections ("savages" to "natives"), missing pages and comments regarding the enforced adherence of the natives to the religious doctrine of the colonisers
4. A high school 19th Century historical background to Australian colonisation – how the telling of history has changed from 1950s textbooks beginning at 1770 with Capt. Cook to current teaching gradually addressing millennia of occupation prior to European arrival
5. “Dreamtime” and “The Dreaming”, an introduction – an explanation of the central Warlpiri concept of the Jukurrpa
6. Colliding Worlds: First Contact in the Western Desert 1932-1984 – exhibition as part of 2006 Adelaide Festival documenting the remarkably recent first contact for Pintupi people
7. Fascinating sociological and political analysis of the depiction and use of Indigenous peoples in both Werner Herzog’s Fitzcarraldo and Les Blank’s documentary on that film, “Burden of Dreams”
8. Why the number of Indigenous Deaths in the Frontier Wars matters
9. Djambatj Mala -  Why Warriors Lie Down and Die, by Richard Trudgen – a historical overview traversing to a personal contemporary account drawing strongly on anecdotal evidence of geopolitical and colonial changes in East Arnhemland (the north-east of Australia’s Northern Territory) particularly for the Indigenous Yolgnu people.
10. The Brutal Truth – What happened in the Gulf Country – genuinely shocking expose of the extent to which governments in South Australia condoned or turned a blind eye to frontier massacres in the Gulf Country of the Northern Territory, up until 1910
11. Frontier Justice – Tony Roberts meticulously researched account of the history of the Gulf Country of northern Australia up to the year 1900 (a year before the Federation of Australia was constituted)
12. Hidden Histories – Deborah Bird Rose’s complex examination of the colonalisation of Northern Australia covering stories of massacres and murders, of working life on cattle stations, of friendships and foes, of bureaucratic machinations and the individual struggled of Aboriginal Australians.
13. Recent article by Ian Viner AO QC, who was Australian Federal Minister for Aboriginal Affairs during the implementation of the Land Rights Act in 1976 outlining proposed changes to the Land Rights Act with respect to the implementation of 99 year leases on Indigenous land – effectively annulling the Act. It includes important links to articles about New Zealand’s history with the Maori in breaking up communal title and Maori control of land following the the 1840 Treaty of Waitangi was supposed to protect Maori traditional land as well as the 1996 Waitangi Tribunal report entitled, The Taranaki Report, Kaupapa Tuatahi. It is a sad story and a still sadder indictment of government and an indication of what could happen to traditional ownership in the Northern Territory. Links to background articles are also provided on Fortescue mining and its head Andrew Forrest, who has written the current report recommending the sweeping policy changes for Indigenous people in Australia. The articles give insight into Fortescue’s treatment of the Yindibardji people in Western Australia and the intrinsic relation to negotiation of Land Rights with respect to mining interests.
14. New World Colonialism – overview of the modern function of appropriating and clearing Indigenous land and its effect on, suppression of and relation to Indigenous and black peoples particularly with regard to Canada– including the roles of language and physical & sexual violence in the propagation of this cycle.
15. What is postcolonial thinking? – an interview with Achille Mbembe about postcolonial theory and Europe’s relationships to its’ colonies
16.  Concerning Violence – Göran Hugo Olsson’s documentary interrogates the words of psychiatrist and writer Frantz Fanon from “The Wretched of the Earth” with regards to “Europe's painful involvement in participating, encouraging and backing regimes of oppression” and the inevitability of certain outcomes under such such systems including colonial imperialism.
17.The Killing Times - Guardian Australia series and compendium of articles on frontier wars and colonial massacres of Indigenous Australians

Reviews:
FACT magazine – “sublime”
the Quietus - “vivid... landscape both familiar & unsettlingly fractured“, Joseph Burnett
mess+noise – “vast and treacherous”, Doug Wallen
OMG Vinyl – “between tranquility & terror, masterfully cinematic“
A Closer Listen - One’s appreciation for the work of Robert Curgenven is deepened when one learns the stories behind the compositions... startling, visceral… scorched earth crackles.”  as well as voting the album trailer video one of The 10 Best Music Videos of 2014
Le Son Du Grisli – “telluric and engulfing”
Musique Machine - "Curgenven has produced a work of singular vision and execution which while drawing together disparate materials maintains a unified form, resulting in something quite groundbreaking in the field."
Fluid Radio – “so focused and intense that they are occasionally capable of inducing a stomach-twistingly physical lurch, bringing living bodies into the space and moment of the music even as dead ones are buried”
Just Outside - "There's substantial tension in the air... Impressive construction, showing nice restraint as well as anger."
Crow with No Mouth - "an unsettling cinematic experience... that will leave you winded and shook"
Igloo Magazine - "For all the prevailing visceral, startling and bleak tenor, there are passages where crumbling timbres recede into shimmering suspension—a kind of calm, a glimpse perhaps of signposts towards how a seemingly inevitable fate might yet be reversed."
Hawai (in Spanish) - "noise of the landscape portrayed in the most beautiful way possible"
Norman Records – “The tensions and violences of Australia's politics and landscapes are brought into full view in this startling experimental work”
During 2013-2014 the live version of “They tore the earth and, like a scar, it swallowed them” was presented as part of extensive touring across 30 cities in 10 countries including Todays Art Festival (Netherlands), Mozg Festival (Poland), Cave12 (Switzerland) and Site Festival (UK). In October 2014 the studio version of this live set will be released through Recorded Fields Editions in a visceral red transparent vinyl package ahead of further festival presentations in Europe.